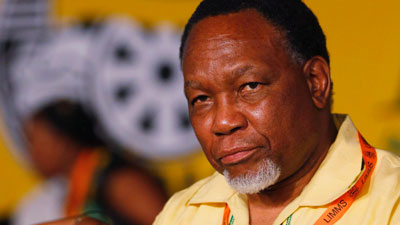 Former president Kgalema Motlanthe – who headed the post election violence probe in Zimbabwe – has reportedly offered to mediate between President Emmerson Mnangagwa and Movement for Democratic Change (MDC) leader Nelson Chamisa in attempts to remedy a political impasse in that country.

According to New Zimbabwe.com, Motlanthe’s strategy was to talk to warring sections of the two parties first, before sitting down with the two party leaders.

“Motlanthe has offered to lead negotiations between the two parties but he has come up with a new format which will not involve principal to principal discussions up until a later stage,” a source close to the developments was quoted as saying.

This came after reports last week indicated that Mnangagwa and his rival Chamisa had begun talks behind close doors.

According to Daily News, Mnangagwa was holding private talks with Chamisa.

Unnamed sources were quoted as saying that the talks between the two had already kicked off, and Chamisa had already appointed a high powered team to talk with the ruling Zanu-PF party.

Zanu-PF insiders said some within the party were likely pressing for ex-finance minister Tendai Biti to be included in government as he was well respected by the United States.

Blockchain can change the face of renewable energy in Africa. Here’s how