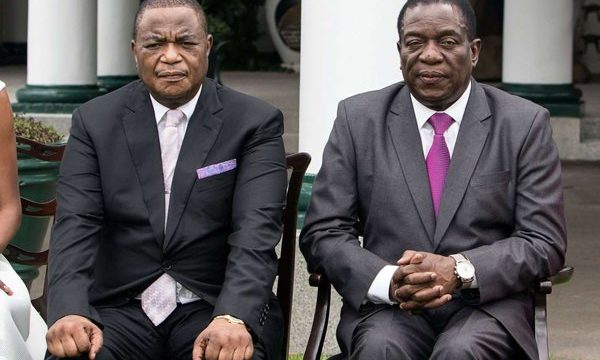 Mugabe ‘was forewarned about the coup that toppled him from power’, former aide

Zimbabwean former president Robert Mugabe trusted his then deputy Emmerson Mnangagwa and ex-defence force chief Constantino Chiwenga more than those who “warned” him that the two were plotting a coup against him, his former aide has said.

According to NewsDay, Mugabe’s former spin doctor and close ally Jonathan Moyo said the veteran politician never believed that Mnangagwa and Chiwenga would “betray him”.

Moyo said that Mugabe had truly believed that his two protégés would never turn against him.

Moyo said that if Mugabe had heeded the warnings, the November 2017 coup would have been stopped, adding that the coup plotters took a risk and were even surprised that it had paid off.

The Zimbabwean military temporarily took control of the southern African country on November 15 after internal feuding escalated in the ruling Zanu-PF party over Mugabe’s succession.

The takeover, which the army said targeted Mugabe’s corrupt allies, came days after the 93-year-old leader had fired then deputy Mnangagwa, who had strong military ties and was widely tipped as the likely successor, AFP reported.

Mugabe’s wife Grace had indicated interest in succeeding her husband.

The army’s intervention was followed by mass street protests against Mugabe and a motion to impeach the veteran ruler who resigned in a letter to parliament as proceedings to recall him began.

The ruling Zanu-PF party then appointed Mnangagwa as Mugabe’s replacement, leading to his inauguration as the country’s president on November 24.

Moyo said that Mugabe considered what his two former lieutenants did a “great betrayal” and “the utmost treachery”.

“… Although he got various reports from different sources about the planning of the coup, president Mugabe did not believe those reports because he trusted Mnangagwa and Chiwenga more than he trusted those who gave him the reports,” Moyo was quoted as saying.

“It is my considered judgment that president Mugabe genuinely and truly believed that Mnangagwa and Chiwenga would never countenance toppling him from power.”

Moyo said he would give a detailed account of the events in the two books he was writing on why Mugabe did not believe Chiwenga and Mnangagwa would be associated with the military action to topple him from power.